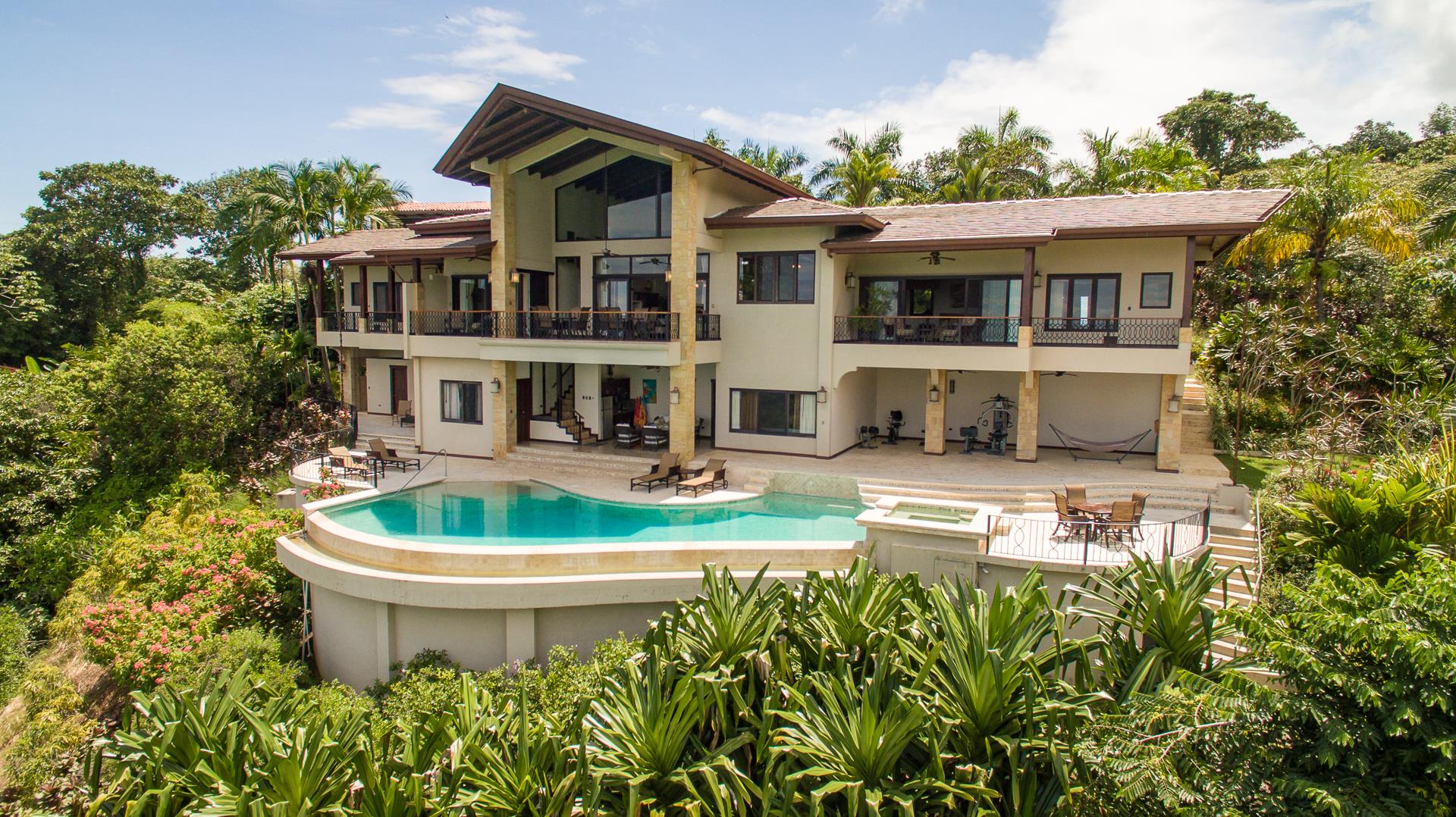 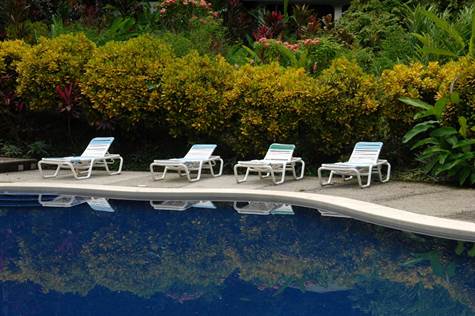 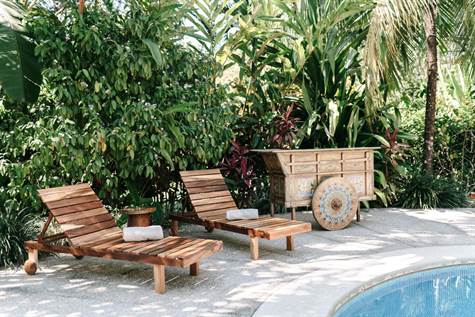 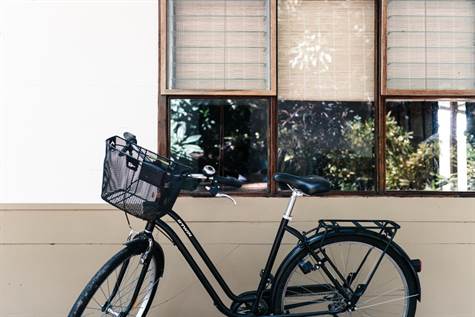 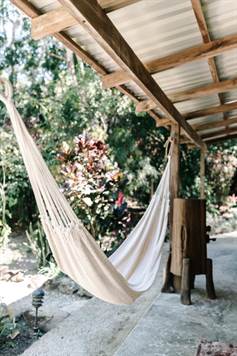 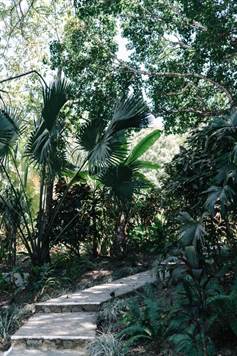 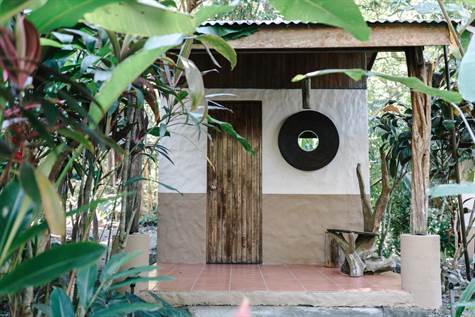 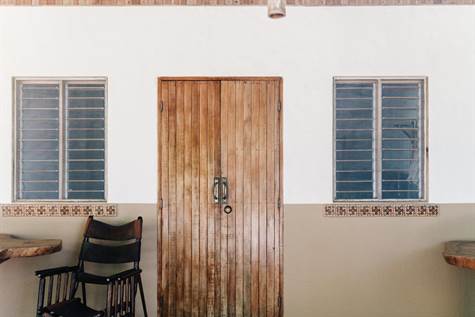 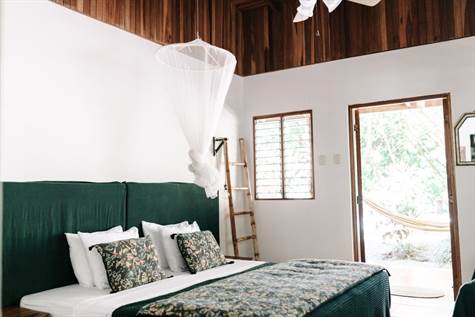 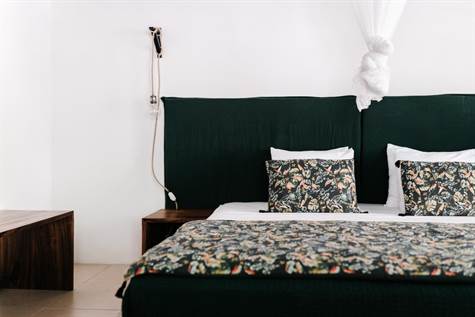 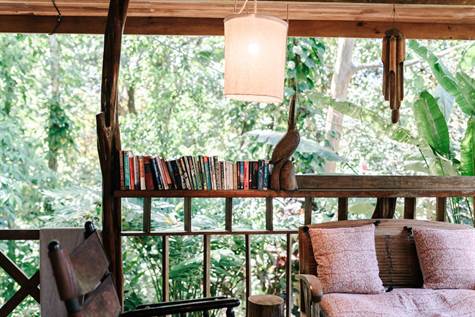 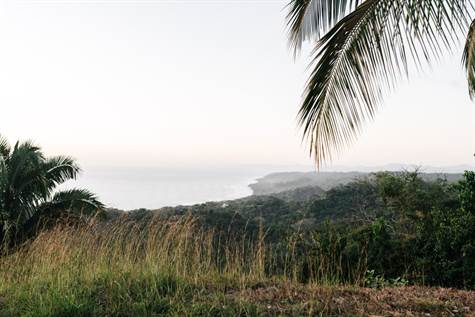 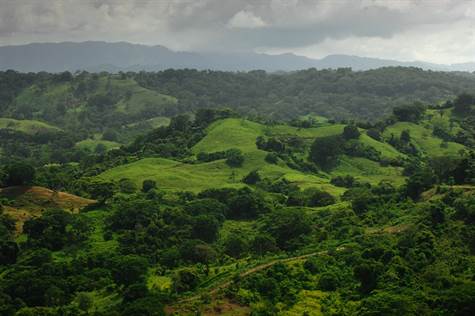 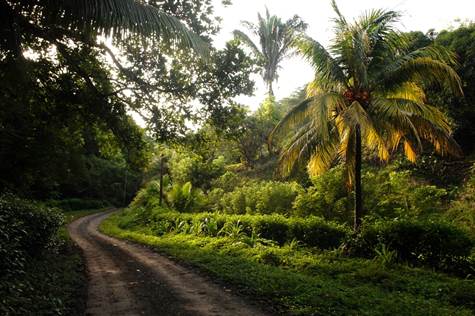 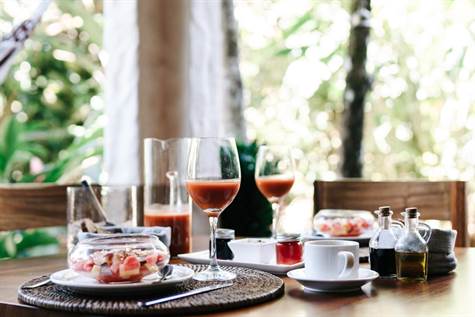 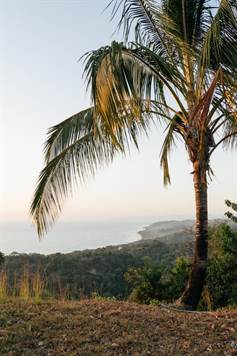 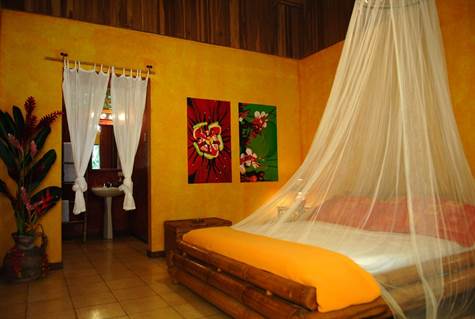 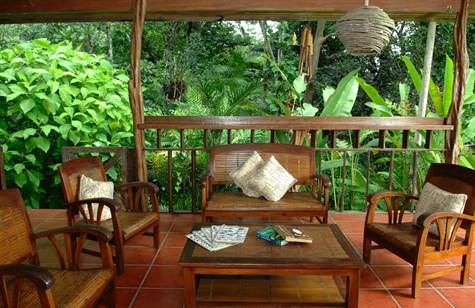 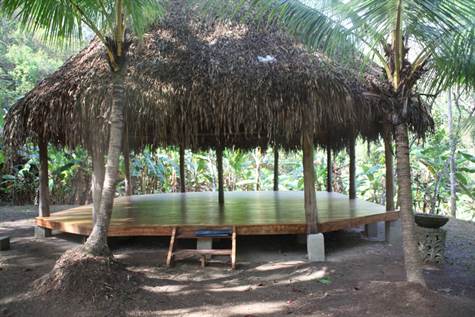 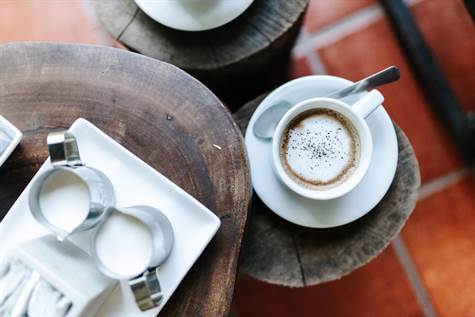 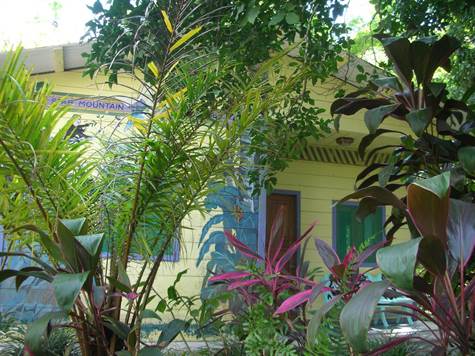 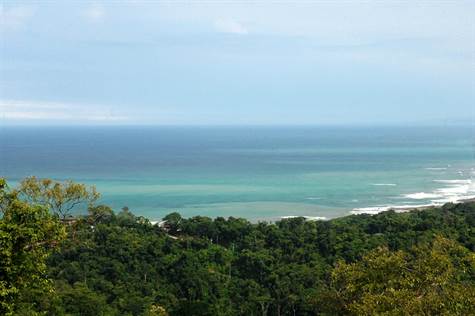 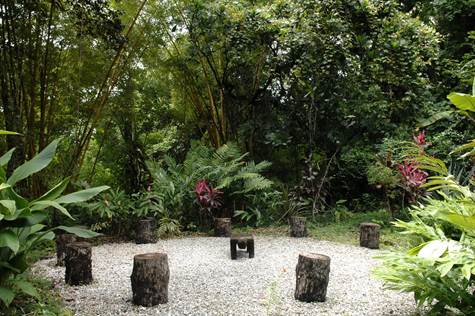 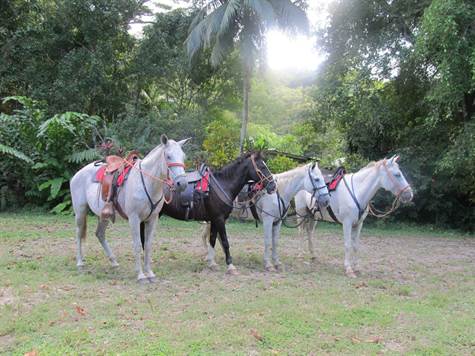 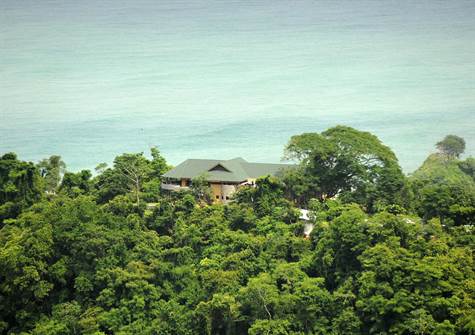 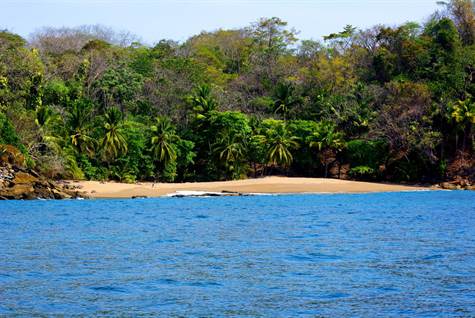 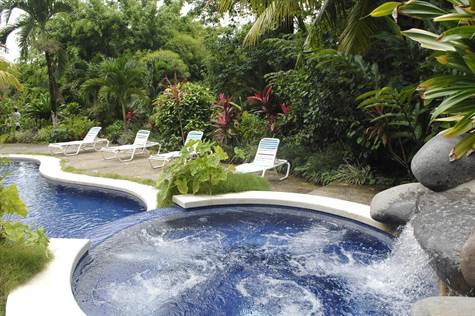 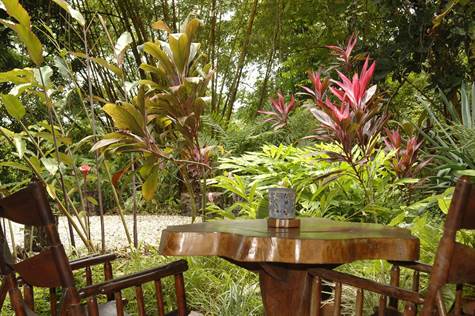 Star Mountain is a 90-hectare jungle oasis in the mountains of Mal Pais next to Cabo Blanco National Park in the most exclusive neighborhood in Costa Rica. Its extensive landforms a contiguous stretch of forest with Costa Rica’s oldest nature reserve. Star Mountain is a lush mosaic of jungle, rolling hills, mountains, streams, and hiking trails with many plateau views of the light sandy beaches of Mal Pais and Santa Teresa.

The beach is only 2 kilometers away downhill and many of Costa Rica’s finest surf breaks are within minutes. For people seeking a tranquil setting to decompress, Star Mountain offers a retreat where the only sounds you will hear are the grousing of howler monkeys and a symphony of birds.

At night, the strategically planted Ylang Ylang trees emit a perfumed scent that surrounds the compound. Animal Planet has sent several teams to shoot footage of the abundant wildlife and stunning topography.

The neighboring town to the north, Santa Teresa, is world-renown for great surf and magical beaches. A younger set of beautiful people surf and do yoga by day and party by night. In 2011 TripAdvisor rated the beaches of Santa Teresa as the best in all of Central and South America.

To the south, Mal Pais is bordered by Cabo Blanco National Reserve. In 1963 a Swedish couple donated the over 3,000 acre reserve to Costa Rica, creating the first national park in the country and establishing an eco-friendly tourist destination.

To the east lie the seaside hamlets of Cabuya and Montezuma. Cabuya provides the main entrance to Cabo Blanco and includes some beautiful beaches and interior surf breaks. Montezuma boasts spectacular waterfalls and maintains a more Bohemian vibe.

Star Mountain offers a rare combination of sheer size, elevation and pastureland, set within the context of the dry tropical rainforest. The highest elevations peak over 300 meters, overlooking the ocean as well as the dense jungle canopy of the valleys. Three rivers run within and along with the property.

-Star Mountain has a total area of 90.15 hectares. Five large 5-hectare lots are configured on the mountain with ocean-view plateaus cleared and ready for building. These sites are ideal places to build several houses for a family compound.
-Infrastructure: The entire hotel compound is wired for electricity. There are 2 existing telephone lines, and an internet connection. Water is drawn from springs and wells around the property.
-Roads are established throughout the property.
-Water Concession: On October 20, 2006, the Ministerio del Ambiente Y Energia (MINAE) granted a 10-year renewable concession to Star Mountain. Numerous additional spring and well water sources providing some of the best water sources year-round on the peninsula.
-Hiking and riding trails are maintained throughout the property.
-Several existing structures on the property comprise 600 square meters of construction under the roof. The main house has a 100 square meter area with 3 bedrooms. The “casita” is a smaller 1 bedroom house. There are also 4 large individual guest rooms each with a bathroom. The lodge is a communal gathering and dining area with a very large grill. The attached kitchen has an oversized walk-in refrigerator and a complete set of appliances. There is a separate bathroom structure to service the lodge area. A large 4 room bodega is composed of a: dry storage room, tool room, laundry room, and extra bedroom and bathroom room for a caretaker. The horse tack area was built in 2010 to care for the 11 horses on the property. A 64 square meter yoga platform has just been completed.
-Large pool, Jacuzzi, and cascading waterfall.
-2002 Toyota Landcruiser (50th Anniversary Edition) and 2005 Honda TRX ATV included.
-Furnishings and Equipment are included.

Star Mountain is a universe unto itself with potential bounded only by the imagination of the architect. The current owner has been approached in the past with ideas ranging from: a canopy tour in the treetops, adventure biking trails, a mountain jungle campsite, a Hollywood set, and a reality TV show.

Perhaps the highest and best use is as a family retreat whereby family members or friends can build houses within the same compound. The pervasive jungle provides a buffer to the outside world and affords the dweller an opportunity to rejuvenate. There exists the untapped potential for manifold additional ocean and jungle view building sites.

Due to its sheer size and special elements, Star Mountain represents one of the best investment opportunities in the area if property values continue to inflate.

P2#438152398
top
Information is deemed to be correct but not guaranteed.
Seller Login